I think the Iraqi people owe the American people a huge debt of gratitude, and I believe most Iraqis express that. I mean, the people understand that we’ve endured great sacrifice to help them. That’s the problem here in America. They wonder whether or not there is a gratitude level that’s significant enough in Iraq." George Bush 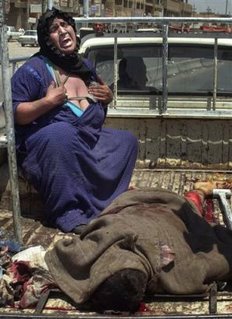 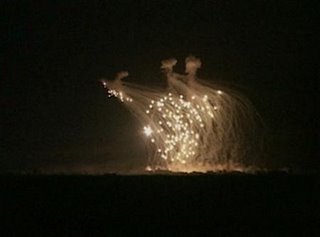 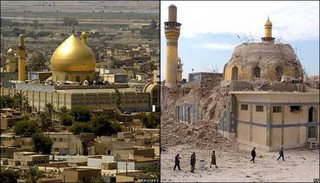 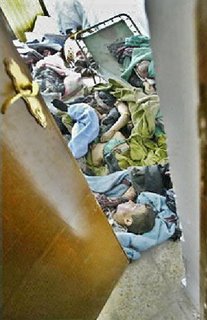 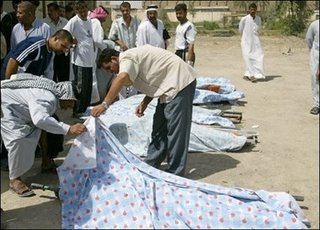 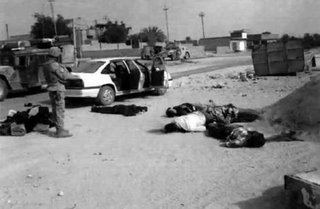 
OTHER TRAGEDIES FOR WHICH TO BE ‘GRATEFUL’ 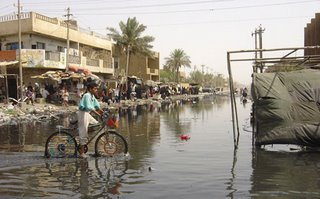 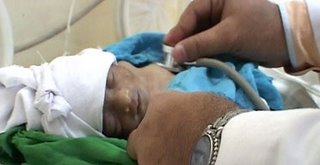 
Blood and Oil: How the West will Profit from Iraq's most precious commodity
07.01.07. Independent.

There are children standing here,
Arms outstretched into the sky,
Tears drying on their face.
He has been here.
Brothers lie in shallow graves.
Fathers lost without a trace.
A nation blind to their disgrace,
Since he's been here.

There are children standing here,
Arms outstretched into the sky,
But no one asks the question why,
He has been here.
Old men kneel and accept their fate.
Wives and daughters cut and raped.
A generation drenched in hate.
Yes, he has been here.

+
This article first published by the BRussels Tribunal

The url to Iraq: The ‘Grateful Dead’ is: http://indexresearch.blogspot.com/2007/01/iraq-grateful-dead.html

With apologies for very short synopsis; the story is much worse and far too long.

Sarah Meyer is a researcher living in the UK.